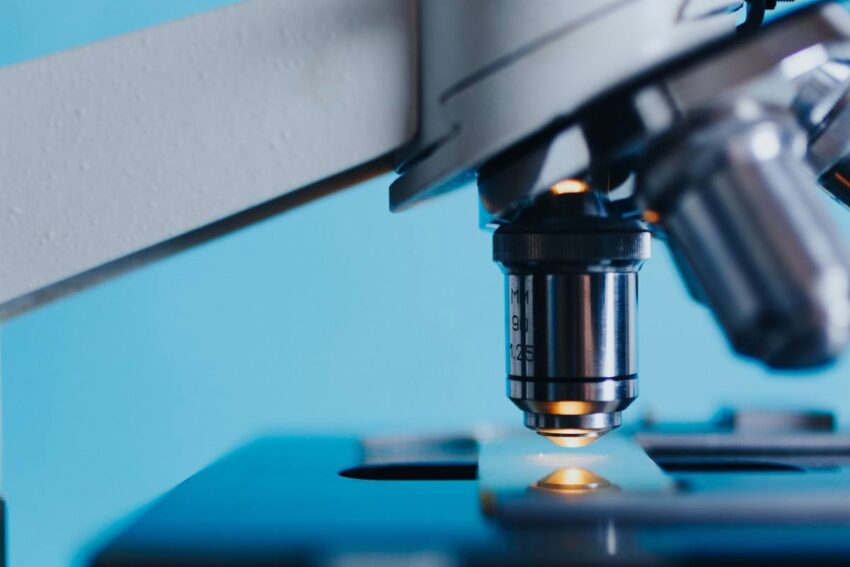 Although the oldest documented usage of basic microscopes (magnifying glasses) goes back to the widespread use of lenses in eyeglasses in the 13th century, there are Greek records of the optical characteristics of water-filled spheres (5th century BC), followed by several centuries of works on optics, interesting facts about microscopes. Around 1620, the first known examples of compound microscopes arrived in Europe, which combine an objective lens near the specimen with an eyepiece to view an actual picture. Despite several claims throughout the years, the creator remains unknown.

1. Giambattista Odierna’s L’occhio della mosca, or The Fly’s Eye, published in 1644, was the first thorough treatment of the microscopic anatomy of organic tissue based on the use of a microscope.

2. Until the 1660s and 1670s, when naturalists in Italy, the Netherlands, and England began using microscopes to study biology, the microscope was still essentially a novelty.

3. Some biologists refer to Italian scientist Marcello Malpighi as the “Father of Histology” since he began his study of biological structures with the lungs.

4. The beam of electrons is swept across the surface of a sample in a raster pattern in scanning electron microscopy. Secondary electrons are released from the surface when they are stimulated by the electron beam from the picture. The electron signals are mapped by the detector, which creates a picture that includes the depth of field as well as the surface structure. SEM has two major benefits to TEM, notwithstanding the reduced resolution. It starts by creating a three-dimensional picture of the specimen. Second, because just the surface is scanned, it may be utilized on thicker specimens.

5. Electron microscopy (EM) has a great resolving power, allowing investigations at the nanoscale scale and delivering direct pictures of viruses for diagnosis and study.

6. Dutch spectacle-maker Johannes Zachariassen says his father, Zacharias Janssen, created the compound microscope in 1590, according to a 1655 inquiry by Willem Boreel. Because Zachariassen’s stated dates are so far back, it’s frequently thought that his grandpa, Hans Martens, must have fabricated them. Pierre Borel, a writer, publishes indings. Some historians have questioned this claim due to discrepancies in Boreel’s study and Zachariassen’s statement (including falsifying his year of birth and participation in the creation).

7. Microbiologists will be able to detect mysterious molecules easier thanks to a new way of colorizing electron microscope images. Consider a Where’s Waldo book with just black and white illustrations.

9. Electron microscopes are the most powerful microscopes available, capable of separating individual atoms. However, because the electrons damage the material, these microscopes cannot be utilized to view live cells.

10. One thing you might not realize is that all of the creepy crawlies in such photos are actually dead. Because the electron particle beam used to light a specimen also kills the samples, electron microscopes cannot be utilized to examine living cells.

11. Because viruses are too tiny to be seen directly with light microscopy, electron microscopy is frequently employed in virology. The study of viral morphology is required in a variety of contexts, including the diagnosis of a virus in certain clinical conditions and the study of virus entrance and assembly.

12. While certain eucaryotes, such as protozoa, algae, and yeast, may be seen at magnifications of 200X-400X, most bacteria require a magnification of 1000X. A 100X oil immersion objective and 10X eyepieces are required. Bacteria are difficult to spot even with a microscope unless they are colored.

13. The size and expense of a scanning electron microscope are also drawbacks. SEMs are expensive, big, and require a safe environment free of electric, magnetic, and vibration interference. The maintenance entails maintaining a constant voltage, currents to electromagnetic coils, and cool water circulation.

14. It’s crucial to remember that the picture produced by TEM and SEM isn’t always an exact representation of the material. The specimen may alter as a result of the microscope’s preparation, exposure to vacuum, or exposure to the electron beam.

15. In c. 700 BCE, Assyrians created the “Nimrud lens,” a rock crystal disk with a convex form that is thought to be a burning or magnifying lens.

16. In 167 BCE, to perceive the unseen, the Chinese utilize rudimentary microscopes consisting of a lens and a water-filled tube.

17. During the 13th century, the widespread usage of rudimentary microscopes (single lens magnifying glasses) with low magnification is likely due to the increased use of lenses in eyeglasses.

18. The earliest date of a purported Hans Martens/Zacharias Janssen compound microscope invention is 1590. (a claim made in 1655).

19. Because they were used to examine tiny insects, the first microscopes were dubbed “flea glasses.” In the 1590s, Zacharias and Han Jansen, a father-son team, invented the first compound microscope. Anton van Leeuwenhoek devised strong lenses capable of detecting swarming microorganisms in a single drop of water.

21. In light microscopy, there are numerous distinct types of microscopes, but the four most common are compound, stereo, digital, and pocket or portable microscopes.

22. Cost, size, maintenance, researcher training, and picture artifacts caused by specimen preparation are the primary drawbacks of an electron microscopes. This sort of microscope is a huge, heavy, and expensive piece of equipment that is very sensitive to vibration and magnetic fields from outside sources.

23. In 1957, Marvin Minsky, an MIT professor, invents the confocal microscope, an optical imaging technology that uses a spatial pinhole to block out-of-focus light in image creation to increase optical resolution and contrast of a micrograph. This technology predates the commonly used confocal laser scanning microscope of today.

24. Erwin Wilhelm Müller adds time-of-flight spectroscopy to the field ion microscope in 1967, resulting in the first atom probe and the chemical identification of each individual atom.

27. In 1988, Alfred Cerezo, Terence Godfrey, and George D. W. Smith improved the atom probe by adding a position-sensitive detector, allowing it to resolve materials in three dimensions with near-atomic resolution.

28. The Electrochemical Scanning Tunneling Microscope is invented by Kingo Itaya in 1988.

29. Kelvin probe the force microscope is invented in 1991.

30. The quality and proper usage of the condenser lens system to concentrate light on the specimen and the objective lens to capture the light from the specimen and produce an image are critical to the functioning of a light microscope.

31. Gerd Binnig and Heinrich Rohrer invented the scanning probe microscope in the 1980s.

32. During the 1860s, Carl Zeiss’s colleague Ernst Abbe finds the Abbe sine condition, a breakthrough in microscope design that had previously relied heavily on trial and error. Carl Zeiss capitalized on the finding and became the preeminent microscope maker of the time.

33. The theoretical underpinning of differential interference contrast microscopy was presented by Georges Nomarski, a professor of microscopy, in 1955.

34. The in-situ atomic-resolution environmental transmission electron microscope was created by Dame Pratibha Gai in 2009. (ETEM). She chose not to patent her idea in order to promote scientific progress.

35. Scanning probe microscopes examine a single spot in the sample before scanning the probe across a rectangular sample region to create an image. These microscopes are not subject to the same resolution restriction as to the optical and electron microscopes mentioned above since they do not employ electromagnetic or electron radiation for imaging.

We feel you have enjoyed these interesting facts about microscopes!