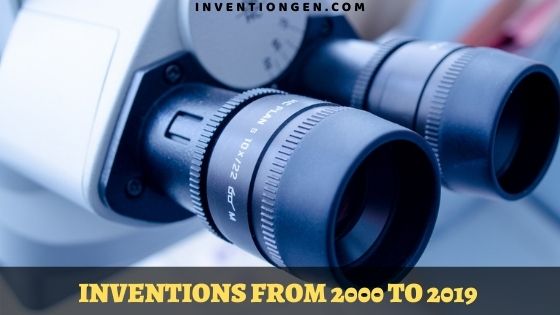 2003: The world’s first digital camera with an organic light-emitting diode (OLED) display is released by Kodak.

2007: Apple releases the original iPhone. While not the first smartphone, it did popularise the touchscreen focused format.

2009: Introduced in 2009, bitcoin introduced the world to the idea of an entirely digital form of currency.

2010: The first solar sail based spacecraft, IKAROS, is launched by Japan.

2010: Concept of ​Venmo. Send money to people instantly by tapping a few buttons on your smartphone.

2011: Researchers have found a way to inject a precise dose of a gene therapy agent directly into a single living cell using electricity, instead of a needle.

2012: Self-driving cars make use of significant advancements in artificial intelligence and GPS technology.

2013: Bolivian scientists restore brain function to stroke-affected rats by injecting them with stem cells. This breakthrough may lead to more effective treatments for human stroke sufferers.

2014: Google reports the development of a contact lens glucose monitor.

2014: The first synthetic chromosome is created for integration into a yeast cell.

2015: SpaceX’s Reusable Rocket was launched. Falcon 9 rocket launched and delivered a payload into orbit, and then landed at Cape Canaveral.

2015: Tesla’s Powerwall was launched to store excess energy and use it when needed

2017: Researchers at Harvard develop a customizable “soft robot” that fits around a heart and helps it beat, potentially offering a new treatment option for patients with heart failure.

2018: the gene-editing system known as Crispr was invented. modified human embryos can be created.

2020: The first successful phase III trial of a possible COVID-19 vaccine, BNT162b2, is announced by drug companies Pfizer and BioNTech, able to prevent 90% of infections.

I hope this article on inventions from 2000 to 2019  was worth reading. You may also find the inventions in the 70s very interesting.